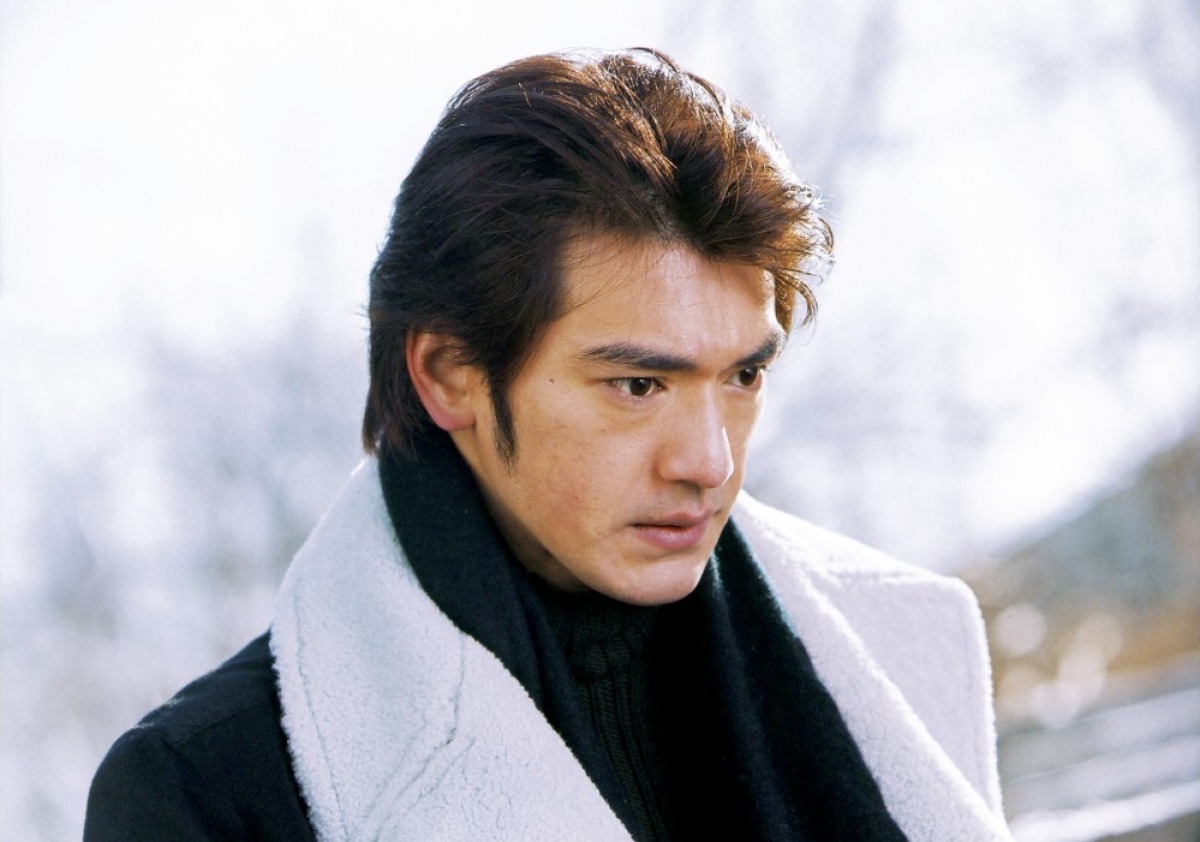 Born in October 1973 in Taiwan to a Taiwanese mother and Japanese father, Takeshi (or Aniki as he’s known to friends) can speak fluent Mandarin, Cantonese, Japanese, Taiwanese and English. He is best known for his star turns in Wong Kar Wai films such as FALLEN ANGELS and CHUNGKING EXPRESS (which also featured Hong Kong screen legend Brigitte Lin Ching-Hsia). Takeshi began his career as a singer in 1992 with Polygram (later EMI) records and since then has become one of Asia’s most sought after leading men, working with such high profile directors as Sylvia Chang, Cory Yuen and Johnnie To. Currently, Takeshi is starring in Warner Brothers’ TURN LEFT, TURN RIGHT directed by Johnnie To, the man who made stillness cool.

As a spokesmodel for Prada, Mitsubishi, Ericsson handsets, the Playstation2 game Onimusha: Warlords and the cover darling of international magazines such as Esquire, C’est Moi, Vogue and GQ, Takeshi Kaneshiro is a legend waiting to happen. And he’s just turning 30. He counts Andy Lau, Chow Yun-Fat and Al Pacino as three of his favorite actors, was labeled by Kimura Takuya from SMAP fame as “a man with no dead angles,” and has also been quoted as saying—listen up, ladies—that he’s looking for a mature woman.

“In Wong Kar-Wai’s Fallen Angels, everyone’s in love with the wrong people and painfully aware of it, and so they all moon endlessly, smoking cigarettes, gazing into space, and listening to their own inner jukebox of sad songs…The film is clearly in love with the shamelessly mugging Kaneshiro; the best and the worst of the movie shows up in his story. But one of the wonders of Wong’s films is the way he can take a scene from the merely funny or cute to the suddenly, miraculously, deeply tender with a simple music cue, or a repeated voice-over phrase, or by the way, in FALLEN ANGELS, one character, and then another, rewatches a goofy home video. Though FALLEN ANGELS occasionally skirts tedium in its obsessive melancholy, it’s also full of enough truly miraculous moments to call it a wonderful movie.”

“Very few people can withstand his charm, even the director of Tempting Heart, Zhang Aijia, also commented that “How to elaborate? No matter from which angle, Takeshi looks fantasic…”

“His first entrance into the Japanese movie industry in 1997 – with Misty – did not make him a superstar then. Only in the 1998 movie “Sleepless Town” did he earn a stand in the Japanese industry. Continuing on, he appeared in his first Japanese drama “God, please give me more time” with newcomer, Kyoko Fukada. His portrayal as a famous music composer turn him into a new Japanese idol. In the new millennium, he stared in a new Japanese drama serial “Love 2000″ opposite a leading actress, Miho Nakayama. This drama broke the record as being the first serial to be aired simultaneously in 6 countries in Asia….”

Many thanks to Sarah’s amazing web site Takeshi’s Internet Family for invaluable reference materials including translated news and a diary written by Takeshi.