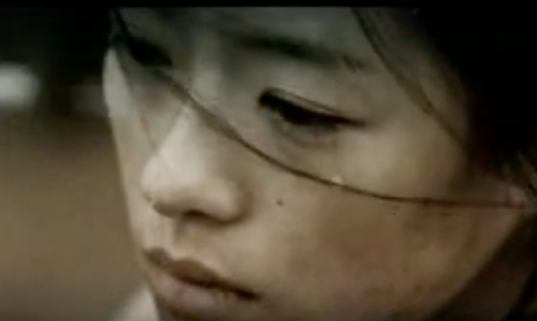 Plot: In 1375, a group of Korean envoys and warriors finds itself trapped and on the run in war-torn China. Their plan to return home is compromised by a kidnapped princess and internal strife. Based on a true story.

Gritty, realistic-feeling battles contribute a considerable amount to the handsome sound and feel of this production. While a little bit on the half-baked side (the film really shies away from all the issues it raises about slavery, racism, and the nature of agression), it succeeds very well as a genre piece and a romantic depiction of feudal war and valor. Zhang Zhiyi turns in another successful performance, filled with sophisticated little nuances, and several of the Korean actors (most especially the actor playing the freed slave and the actor playing the archer) are just fantastic. Also surprising is Yu Rong Gang, playing a Mongolian warlord who pursues the protagonists across the Great Chinese Desert. Master Yu, while being passed up for major stardom, has aged well and become an impressively versatile actor. He does almost no martial arts or stuntwork in this film, but his presence and his performance contribute significant weight to his portrayal of the villain. One comes from the film both sympathizing with him for his honor and his perception, and cursing him for following through with his pointless case.

The story deals with a group of Korean diplomatic envoys and their protectors. Having been turned away at the gates of the Chinese capital, they wander through the desert until they discover a Mongolian warlord who has kidnapped a Chinese princess. Against all odds the Korean warriors liberate the princess and take off for the coast, hoping to hop a boat back to the capital and be rewarded with an audience by the Chinese emporer. But the Mongols pursue them tenaciously. This of course leads to a number of exciting battles.