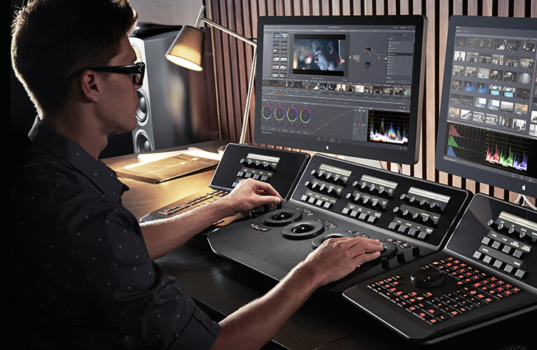 Hate to resource myself out of a job but I can’t help but give away freebies and tips as I find them! https://www.blackmagicdesign.com/products/davinciresolve

Troubling story from the Verge: BioGenFutures, a new company-cum-art-project launched by information artist Heather Dewey-Hagborg, hopes to bring DNA surveillance back to the fore. The company just announced a product it calls “Invisible,” which

I’ve been coveting this little gem since I heard about it last year. Despite the fact that Google Glass is now available for general consumer purchase, it is still too pricey for my blood. What a treat it was to run into a stranger and force him to let

Inspiring tech story about a young man who offered to help a homeless man by teaching him how to code an app. The app launched 4 weeks later. Kudos to both men! From Mashable: “Patrick McConlogue, 23, said he passed by Leo Grand, 37, every day for five

Brian Tashman reports that the YouTube account of Right Wing Watch recently fell victim to Dr. Chaps’ serial bogus complaints of copyright infringement. If you would like to help, consider signing their petition asking YouTube to reinstate Right Wing

I’m late to the party as this rant has been going on for the past 6 months. Technically speaking, the iOS 7 interface sucks rocks. I had to replace my iPhone 4S this week and I was ignoring the dreaded 7 for so long that it didn’t even occur to me

A Game of Shark and Minnow – Immersive Long Form Journalism

StoryCode News: The New York Times continues to keep exploring long-form immersive storytelling with its latest offering, “A Game of Shark and Minnow“. The story focuses on a long-disputed region in the South China Sea and features the parallax

Summary: Groundbreaking use of facial recognition technology to deliver ads to women only at a bus stop in London. Plan UK’s campaign was to stir up debate as well as demonstrate to men what it felt like to be excluded. Concept brilliant. Advertising