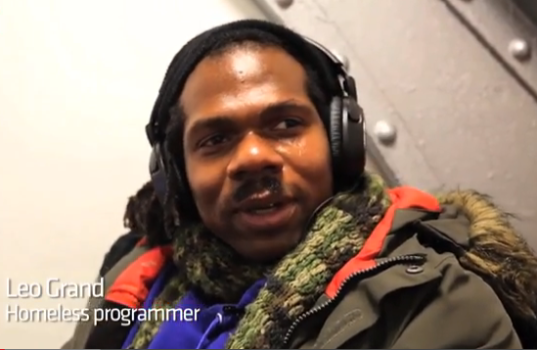 Inspiring tech story about a young man who offered to help a homeless man by teaching him how to code an app. The app launched 4 weeks later. Kudos to both men!

From Mashable: “Patrick McConlogue, 23, said he passed by Leo Grand, 37, every day for five months. One day (Aug. 22, 2013, to be exact), McConlogue stopped and made the homeless man an offer: Grand could either have $100 to spend however he wanted or learn how to code from McConlogue.”

Inside a Homeless Man’s Quest to Reprogram His Life

After Just Four Weeks, The Homeless Man Learning To Code Has Almost Finished His First App

We don’t hear enough of these stories. Check out the app and pass on the story.