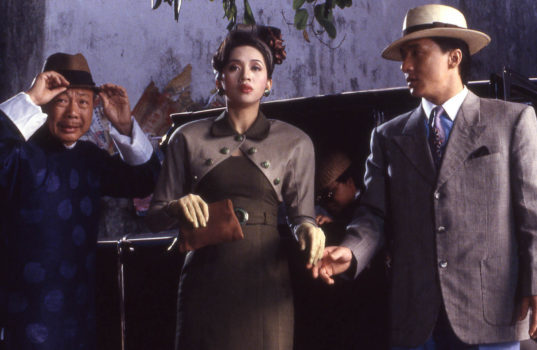 ~~~
Plot: A GODFATHER-inspired martial-arts thriller that’s set in Hong Kong in the 1930s, where a penniless country boy rescues a mortally-wounded gang boss and inadvertently becomes his successor. As his power grows, he inevitably heads for the final conflict with the rival gangster who murdered this predecessor.

Miracles features many well-known Hong Kong actors, including Anita Mui and Wu Ma, and is considered one of Jackie Chan’s most sophisticated directorial efforts. Chan is an ardent fan of Hollywood musicals, and Miracles pays a tribute to that genre.[2] According to his autobiography, Chan stated that this was one of his favorite films he has made.

The original Hong Kong cut of Miracles had a running time of 127 minutes. Several major scenes were cut for the 102 minute international version. These include: