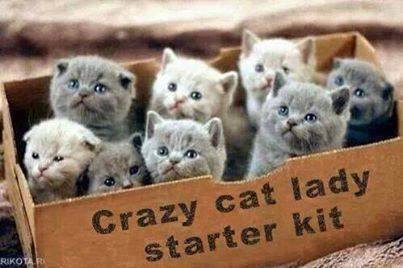 I think there’s a business here. And I wouldn’t limit this to just women. You’d be surprised how many men hoard cats. If I owned my own home, this could have been my life. Regardless, I’m surprised this kit doesn’t already exist. No, don’t send any to my house.

« I Vote For GI Joe Devil In The Details »