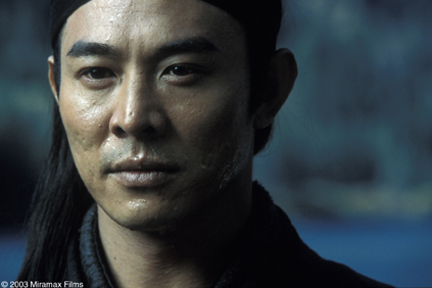 Blast From The Past

Johnnie To’s latest film breathes hyperactive new life into an old-style Hong Kong action movie. Time Asia by Bryan Walsh Every good action director knows that before you get the boom, you need the tick, tick, tick. That instant of anticipation occurs

A smart and sexy romantic comedy, Okinawa Rendez-vous starts out like lazy summer fluff, but with its gorgeous, all-star cast this souffle is finally very satisfying indeed. Tony Leung Ka-fai is Dat, a bewildered, frustrated police file clerk yearning for a

What has been said about this sweeping historical epic is all true – ambitious, lavish, shocking and masterful. Spanning 53 years of China’s history, Farewell to My Concubine is the intimate story of boyhood friends who endure brutal

Cheung Yan, a young woman with a history of mental illness, sees ghosts in her new apartment. She goes to see a psychologist named Jim who tries to help her and ends up falling for her. As Cheung Yan’s symptoms fade, Jim starts having some unnerving

A brilliantly-colored fever dream put to film, YUMEJI follows the fantasy exploits of real-life artist Yumeji Takehisa, famous for his watercolor portraits, and his battle with a “Mr. Hyde”-like doppleganger of an imagination. As he fumbles his way

Jackie Chan, Sammo Hung, and Yuen Biao( my personal favorite) are excellent in this film, though Jackie gets the upper hand! Jackie and Yuen play two guys who own a catering business in a fancy van and sell food where ever they can. When they see a bunch of