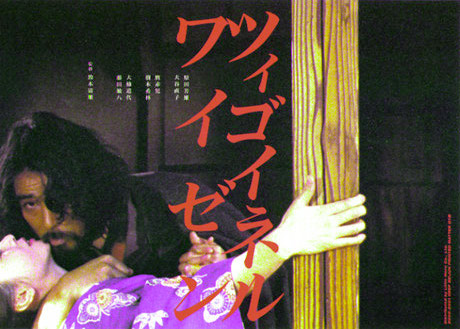 After being black-balled in the film industry, Seijun Suzuki’s dramatic comeback film was first projected in a tent next to the Tokyo Dome. It promptly became recognized as an important movie and it soon garnered Best Picture and Best Director awards at the Tokyo equivalent of the Academy Awards.Here Bergmanesque horror imagery and Bunuelian surrealism combine as four people, each driven nearly mad by their individual fears, are drawn into a perplexing mystery that could prove fatal for all of them.

Facing each others fantasies and exploring them proves to be their only way to escape from death. Popular actor Yoshio Harada brilliantly leads an expansive cast through what has become recognized as Suzuki’s most ambitious work. ZIGEUNERWEIZEN explores the relationships between illusion and reality, between history and fiction, between life and death–in a way that only Suzuki can explore them.

Film Notes: Mysteries and riddles of man-woman relationships prevail in this unusual story, which is set in the Taisho period, when decadence and nihilistic ideas were the sign of the time just as Japan was about to plunge into the madness of fascism. Here, love, hatred and suspicion weave an intricate pattern like an elaborate tapestry as two couples and a geisha unfold their bizarre, personal drama. Director Seijun Suzuki is often referred to as “the magician of images.” These images are sometimes beautifully quiet. Sometimes they throb with power which, at times, even seems to be trying to reverse the relationship between life and death. They reflect not only the psyche of the people involved in the story, but also the religious philosophy of the Japanese in general, an area of the Japanese mentality which has never been explored in cinema before. But it is Suzuki’s blazing creativity, as well as these unprecedented thematic concerns, that makes the film so unique.