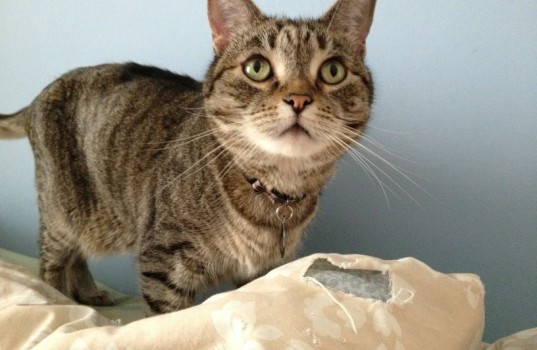 I used to think it was funny when he’d try to crawl under the blanket with me in the morning. First, he’d tap three times on the blanket. When I wouldn’t respond, he’d shove his big head into my face and basically try to suffocate me until I lifted the blanket to let him in. Eventually, those little love taps became pin-sized holes. The holes started to grow larger and larger. Until they were big enough for him to stick his paw through. I don’t think he’s figured out yet that he STILL can’t get through those holes. But I know he’ll keep trying until his body is wedged inside one of them. Hooray for duct tape.