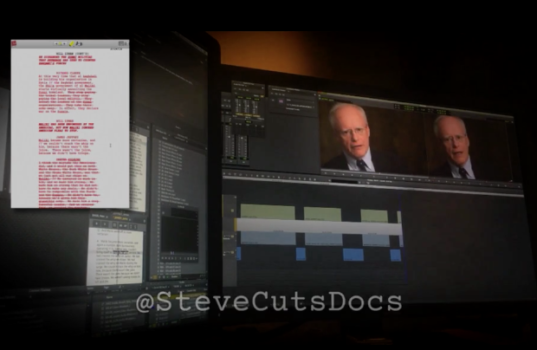 Tips and Resources on Documentary Editing

If you want to learn how to edit a documentary in Avid Media Composer, then there’s few better teachers to spend time with than PBS Frontline editor Steve Audette A.C.E. He’s recently been sharing some great tips and work arounds when editing in Avid Media Composer. If you like what Steve has to say then you absolutely must check out these previous posts, especially this early masterclass on his documentary editing process.