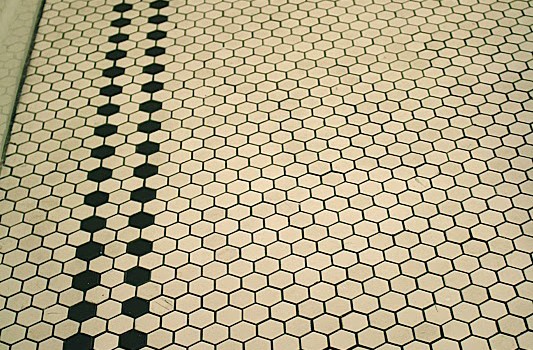 Scenes From A Garment Factory

The garment factory which my father owned and where he worked eighteen hours a day was on the sixth floor of the old Tisch building behind Broadway in New York’s Chinatown.  The entire building inside and out was covered in a dingy brown grime that had accumulated through the decades.  Wood planks painted in muddy brown concealed walls damaged by fire, vandalism and neglect.  The once white finger tiles in the lobby leading to the hand operated freight elevator are lost in a sea of grease from the constant grinding of clothing dollies across its faces.  There are used toothpicks in the cracks of the door plates on the floor amidst bits of colored threads, button chips and ciagarette ash.  The fluorescent lighting is obscured by twenty foot vaulted ceilings and too few working bulbs.

When the double hung steel elevator doors opened unto the sixth floor, one could hear the deafening noise coming from all the other factories in the building, twelve in all.  The dollies rolled overhead, the pressers hissed rhythmically, the button fasteners spat thud-thud-thud, like machine guns.

In the summer, the steam from the pressers and the collection of body heat generated by one hundred sweaty women was stifling.  It was sometimes difficult to breathe and speak at the same time, but everyone managed.  In the wintertime, things were much worse when the only source of heat came from rice cookers and boiling water sitting in rusty metal pails by the windows.

In the summer of 1982, the Ling Ling Sportswear on the tenth floor caught on fire.  Although the direct cause of the fire was never discovered, the fire marshal reasoned that the any number of existing hazards such as faulty wiring, heaps of corduroy bundles nesting against hot machine engines and lack of fire safety equipment could have been the cause of such devastation.  The businesses above and below the tenth floor closed down for a month.  My parents’ business, however, reopened a week later.  They picked through the rubble, peeling fabric swatches from the blackened baseboards, wrapping plastic around corroded clothing dollies to transport yet another load of two-piece polyester suits to Montgomery Ward.  The smell of burnt paint and plaster wafted through the dank urine-filled stairwell, up the wooden elevator shaft and embedded itself on the backs of elderly immigrant machinists and on the fingers of their children.

There was a time when we thought we would lose the factory. Not to fire. Well, not to an accidental one anyway.  That was the year my father took a mistress.

Her name was Diane, a name she chose herself, unlike my sisters and I, who had our Western names chosen for us because we were too young to do so ourselves.  Diane was younger, prettier and smarter than my mother.  She spoke English.  My father felt young around her and started to dress better whenever he thought she would be working at the factory.  She acquired a financial share in the factory after the fire on the tenth floor.  Her role was essentially office manager but despite a nine-year-old son and a successful husband, she spent a lot of late nights with my father, reportedly helping him with the books, but we knew better.  Or at least my mother seemed to think so.  Whenever my mother and I went to Chinatown for groceries, specialty items not found at the local Waldbaums, we would occasionally run into them coming out of basement restaurants or association offices, always suppressing an embarrassed laugh or giggle when our eyes met.  They never held hands or anything Western like that, but I could sense that a bond was developing between them that my mother wished she had herself.

Like many families in Chinatown, clan membership to associations was an unspoken mandate for keeping one’s business running.  Our family belonged to one but it seemed more like a boy’s club than the immigrant shelters they were first designed to be.  Originally established to help new immigrants assimilate into Western culture, associations allowed families to stay together, get jobs and learn English.  But every time I was ever invited to pass through the green marbled archway and into the Association offices, all I saw were middle-aged thugs smoking Pall Malls, squatting around mah jong tables and elderly businessmen in wrinkled grey suits on the phones with their bookies.  When the pressures from my mother, her family and my sisters and I for my father to stop seeing this woman, to cease the enormous loss of face that this was causing my mother, he eventually tried to recall his share of the factory from Diane with the help of our clansmen.  We didn’t realize how strong her ties to her own association were until it was almost too late.

I remember the morning we went to the garment factory to give the money back to Diane.  My mother and I had a joint savings account, into which my mother would consistently make deposits for my benefit when the time came for me to marry.  Although she was only able to put away $50 a month, over the years this marriage fund developed into a sizable nest egg.  I knew that it pained my mother to withdraw $8,000 from it to make up the difference that our business account couldn’t cover.  I watched my mother in silence as we made our way up the dusty stairwell to the sixth floor.  All I could see were the patches of white marble steps not stained with soot and urine.  I lagged one and a half flights behind her.  I could make out the outline of her body turning ahead of me, one black boot in front of the other, pale fingers groping for the next railing. And, then she was gone.  The only sounds I could hear were the cables of the oft malfunctioning freight elevator creaking and my own measured breathing.

Diane was seated in the only office chair, looking over the ledgers.  Her straight black hair, cut in a stylish bob, was covered with a white floral headband.  Her white suit was clean and pressed; she looked ready for a polo match.

Although my father had arranged this meeting, he never showed up.  He was lost in a mah jong game on another floor.  The transaction was supposed to take no more than half an hour.  But Diane wanted more money, compensation for lost business.  My mother was so angry she slapped Diane across the face and called her a snake with a broken neck.  This was my mother’s way of telling her that the venom Diane was spewing would some day envelope her.

For two and a half years we had to change our telephone number half a dozen times because Diane or one of her clansmen would call at all hours to threaten or harass us.  My father bought two handguns and kept them in a bedside drawer.  My mother and I stopped going to Chinatown by ourselves at night.  We lived in fear long after my father paid Diane the additional $12,000 to help her set up a new business.

The garment factory crawled financially through this period as it would do in years to come, surviving each new crisis with perpetual solidarity, relying on the spirit of its inhabitants. The weathered faces of women who worked eighteen hours days were replaced by those of their children and fresh arrivals from the Mainland eager to make some American dollars.  We had to sell our shares at the end of our ten year reign to the foreman, a crusty old fart who had recently kicked a lifelong drinking problem. Although it felt as if we were leaving a treasured friend, we were also happy to see it go, surprised and intoxicated at the same time because we were free of its power.  A power we were willing to relinquish because it meant we could gather up the remnants of our lives and move on in peace.  My father worked less and played more mah jong, my mother learned English, and my sisters and I changed our names when we got married years later.  The garment factory is still in the Tisch building on the sixth floor, its name changing once every so often to accommodate new owners.