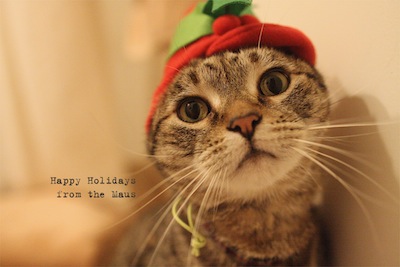 Have A Ridiculous Holiday

I’m speechless. He’s so darn cute here. I still have to leave the room to stifle a laugh.